Many drugs have off target toxicity at lower concentrations or with chronic exposures that are undetected in standard preclinical GLP tox studies. What is often required are in vivo function assays. Many cancer chemotherapeutics for example have either renal, hepatic, cardiac, hemostasis, or CNS toxicity. Often these off target safety pharmacology and toxicity questions arise during clinical Phase II and Phase III trials. In these situations, BioLaurus is called upon to devise and carry out preclinical research to quickly discern the degree of safety/toxicity, as well as mechanism of action (MOA) which might suggest the means to mitigate or remove the core safety/tox issue. Where no imaging assay exists, we can usually create it.

Functional organ toxicity at early stages can only be determined in vivo by imaging and is largely beyond the capabilities of gold standard histopathology. The power of functional imaging is the detection of changes in cellular and tissue function which occur before overt histologic changes. Functional imaging allows for examination of organ function in alive animals and longitudinally. This approach does not replace histopathology but complements it.

At the core of functional imaging whether fPET, fSPECT, fCT, fMRI, or fUS is the identification of relevant functional markers. These markers may track normal function such as MAG3 which is used to measure renal function or identify markers of cell change such as annexin-V which is a marker of apoptosis. Many functional markers of renal, hepatic, cardiac, hemostasis, or CNS toxicity are in wide use in the clinic; BioLaurus is bringing them to the preclinical research space.BioLaurus can work with your team to select the markers and modalities best suited to your research needs. Many of the current repertoire of functional markers are translation having been first developed in the clinic but there are new markers under development. BioLaurus has extensive experience in assay development and can work with you to develop new imaging markers and assays. 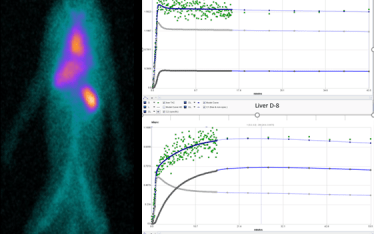 Cell Imaging PK/Biodistribution
The tracking of cells in vivo is a critical aspect of any cell-based therapy research program. Whether tracking stem cells, T-cells, or exotics like platelets, liposomes, and reporter gene constructs...
215 Likes 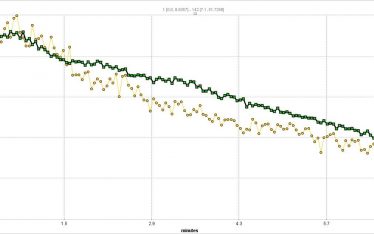